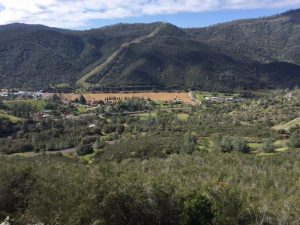 Day After Atmospheric River In Moccasin

It has been a year full of incidents, reports of terrible traffic accidents, violence and drug busts but there was good news as well. Here is a review of popular news stories in 2018 on MyMotherLode.com

In March, the weather was chaotic and brought too much rain to the Groveland area leading to three deaths. The most viewed weather news story was related to the flooding and the Moccasin Dam.

There was plenty of business news that was highly clicked on, but none quite like fire at the Rosalinda’s Gentlemen’s Club. The fire happened on March 13th after 10 were arrested there on March 1st. By the end of March the owner also turned herself in.

A fire closed BeWok And Sushi Restaurant for a few months, there was also news about the demolition of the old McDonald’s building in the Junction Shopping Center in East Sonora to make way for Starbucks. Concern for the Bagel Bin in downtown Sonora in April increased the popularity of a news story about the building next to the business being demolished due to storm damage.

Local schools weathered not only a few winter storm school delays, but also various threats. Our reports on each of the incidents were highly viewed as was the news story about the rally against gun violence in Sonora covered here in March.

In May more popular news stories were about local business news including the announcement of Jamba Juice opening. Then in June the announcement of the new Dairy Queen and the new Wendys were both very popular news stories. The Wendy’s project was in the news again after a traffic study was conducted. Other popular business stories were about the new Mono Way Chrysler Dodge Jeep Ram dealership, and new follow-up details on local businesses was recently published here.

Animal news interested many this year as well. In February an invasive rodent called a nutria was seen in Tuolumne County as reported here. In May there was a warning about rattlesnake season, and unfortunately at the end of May a 4-year-old was bitten on the foot by a rattlesnake in Valley Springs. In June there were several bears seen in surprisingly urban areas. As reported there was even a 3rd bear sighting in Sonora and also a cougar was spotted.

A surprise top news story was the gardening article “6 Bits of Gardening Advice That Are Really Myths” read it again for yourself here.

Another popular story was our brief overview and reminder that “Three New DMV Laws Take Effect July 1” and you can review them here.

Rounding out very surprising news, KVML morning man Mark Truppner winning a brand new, fully loaded Chevy Equinox SUV was a top news story of 2018 as well. The vehicle had an MSRP value of $36,500 and was won in a grand prize drawing at Chicken Ranch Casino as detailed here.

Also related and another big 2018 news story is the roundabout planned near Chicken Ranch Casino. The Chicken Ranch Rancheria of Me-Wuk Indians continues to work on a project to improve traffic flow to and from its Rancheria on Highway 108/49 at the Mackey Ranch Road intersection. A modern, yield controlled, 4-legged roundabout can be designed to meet forecasted future traffic flows. Landscaping, crosswalks and ADA accessible ramp features and all the details are here.

Several news stories this year tracked State Water regulations related to local reservoirs. The most popular news story ‘s headline got right to the point: “State Water Regulators’ Plans To Impact New Melones. The recent vote by the water board was posted here.

In September we recognized Janette Elsey, a bus driver.  She was taking the JV Wildcat football team to play Hilmar when she had to act quickly to avoid an incident at a train crossing. The details are in the news story “Quick Thinking Bus Driver Averts Potential Amtrak Disaster” here.

Rounding out the top news stories of 2018, Mother Lode residents were also interested in news related to CAL Fire personnel. The news story CAL Fire Terminates 17, Suspends 12 For On-duty Drinking was a top most read news story. At least 10 of the Calfire cadets who were fired for drinking alcohol were reinstated after serving suspensions. The decision came in October after a settlement between the State Personnel Board and the firefighters union, which argued the dismissal was excessive.