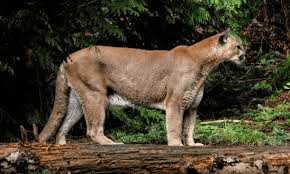 Sonora, CA – Sonora Police are sounding the alarm to the public that a cougar was spotted on a popular trail in the city.

A caller reported a mountain lion sighting in the area of the Dragoon Gulch Trail. The big cat was spotted on the trail around 1 a.m. on Thursday, according to police, who warn the public to take precautions when walking the trail.

Police cite the following information from the National Park Service (NPS) that generally, mountain lions are calm, quiet and elusive. They are most commonly found in areas with plentiful prey and adequate cover. Police stress those are conditions that exist within Sonora and the surrounding area. They recommend that anyone who encounters a big cat immediately report it to local law enforcement (SPD: 209-532-8141) or call 911. Police share that the threat to public safety will be assessed and appropriate action will be taken.

While the potential for being killed or injured by a mountain lion is low compared to a far greater risk of being killed in and vehicle versus deer accident as NPS data shows, police stress that attacks are possible and give these tips when encountering a big cat:

If the mountain lion moves in your direction or acts aggressively:

If the mountain lion attacks you: