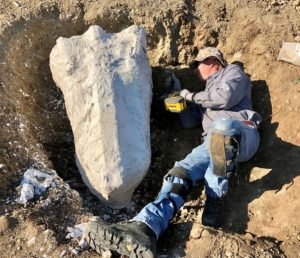 The major events, and myMotherLode.com’s most clicked on stories of the year, include storms, power outages, and fires including the major Washington Fire just after the Airola Fire.

The 639 acre Airola Fire started on August 25 at 2:55pm and was contained September 4, with total suppression costs of about $1.83 million. Unfortunately, just one day later on August 26 at 1:30pm we reported that air and ground resources were responding to a fire burning on both sides of Highway 108 with evacuations underway along Alley Drive, Circle Drive, and Golden Dove Lane. The fire resulted in a death and 19 structures destroyed: 15 residential, two commercial, one mix residential/commercial structure, a minor structure, and most of the City of Sonora’s holiday decorations, were destroyed. CAL Fire determined the fire’s ignition was accidental in nature with total suppression costs about $1.56 million.

There was plenty of interest locally about the Caldor fire that evacuated the Tahoe Basin. By August 17 smoke from the then 30,000-acre fire was impacting the Mother Lode. The Caldor fire reached 221,835 acres. The Tamarack Fire started in July and reached 68,637 acres, our details are here.

On the other end of the year in January 2021, there was a week of not just snow but a Blizard warning at the end of January as detailed here. The winter storms resulted in a declaration of emergency as detailed here.

In March there was another winter storm and in October there was a powerful storm that caused flooding. Before we got too much rain all at once, back in September we shared an important map of where wells were going dry in Tuolumne County.

The biggest power outages in 2021 were March 6, an April 15 equipment failure power outage, a May 15 outage impacting thousands due to maintenance and a backup power failure. There was another outage on July 6, and also on August 1, adding to the most recent winter storm outages.

Excluding major car crashes and other deaths and criminal stories, these are some of the most popular news stories this year.

Talk show host Rush Limbaugh sadly passed away in February there was a lot of interest in the week of programming that followed. KVML 102.7 FM and AM 1450 continued to host the Limbaugh show until the debut of Markley, Van Camp, and Robbins on Monday, June 21, 2021.

A rare grey wolf was followed into California, the February 25 citing becoming the top animal news story of 2021. Unfortunately, the sad conclusion was the death of the animal as reported here. Several animal citings happen each year but the March 11 report of a mountain lion at Dragoon Gulch in downtown Sonora was quite shocking.

With some good advice, there was a notice put out by state wildlife officials asking the public to stop feeding deer due to a deadly disease that is mostly fatal for fawns. The popular July news story about the deadly deer disease is here. In other California news, there was a reaction to the state banning new small gas-powered engines

In business news, there was Wilco and Harbor Freight opening, a new occupant at the old KFC building in the Junction Shopping Center, and the plans for the New Chicken Ranch Casino Resort and the jobs it will bring. A link to view the webcam of the construction is on our webcams page here, it is scheduled to open in late 2023

The new Tuolumne County Courthouse is open, we provided a virtual tour of the Courthouse back in March.

Of all the Covid-19 news and updates there was at least one stand-out article that has to be read again, regarding the Flatulence Debate. From the archives back in 2009, there was a popular story about Governor Schwarzenegger noting preparations for the H1N1 flu outbreak.

Every Monday we post a message from the President and every Tuesday is the opposing party’s message. This year there were several messages from Biden that did well, the top being Biden: Lowering Prices For The American People. The myMotherLode article was picked up and read nationally. Biden’s “The American Rescue Plan” of January and February also was also in the top most-viewed stories.

In the most shocking image of the year, there was the heroics of a rescue team saving a man by catching him from Parrotts Ferry Bridge.

All of these master gardeners are in the top-most viewed news stories: Cherish the Tomato Hornworm with a great photo except there was some debate about which tomato hornworm was in the photo, Prune Fruit Trees, Ugly Tomatoes, Groundcovers, and Watering Weeds. View all the Master Gardener’s articles here.

Lastly the amazing find of fossils of prehistoric species discovered in Calaveras County. The trove of fossils, estimated to be anywhere from 5 to 10 million years old, was located in the Mokelumne River watershed in Calaveras County in July of last year by East Bay Municipal Utilities District Ranger Greg Francek. Announced to the world in May 2021, the hundreds of individual specimens from a dozen prehistoric species including a two-tusked mastodon, a four-tusked gomphothere, a rhinoceros, camel, horse, bird, fish, tortoise, and tapir were recovered. Providing insights into ancient history along the Mokelumne River near Valley Springs, the fossils are on display at the CSU Chico Gateway Museum.