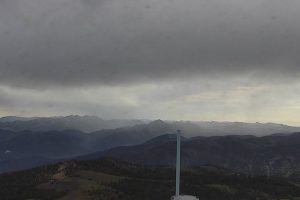 Alpine County, CA — The gates will swing open on a portion of the Pacific Crest Trail this weekend that was closed by the Tamarack Fire burning in California and Nevada.

The blaze is currently 68,969 acres an increase of 179 acres since this morning and the containment has climbed from 59 to 65%. Resources are being released from the scene as well with 1,093 personnel working the fire down to 813 this evening.

That progress has allowed forest officials on the Humboldt-Toiyabe National Forest to welcome hikers back on the section of trail between California Highway’s 88 and 4 in the Ebbetts Pass area starting at noon on Saturday (July 31).

“Hikers should be cautious,” said Forest Patrol Captain Don Harris. “We’re seeing more containment of the Tamarack Fire, but smoke may still be visible from the Pacific Crest Trail. Because of firefighting operations currently taking place east of the PCT, hikers are encouraged to stay on and hike directly through this portion of the trail.”