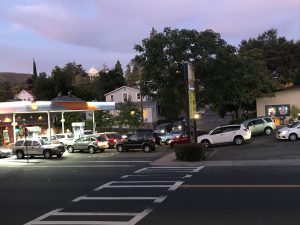 The most popular news stories of 2019 related to PG&E’s planned power outages. The most viewed one, from October 9th here, provided hourly updates as all the lines PG&E planned to de-energize were shut down. A collection of information about how to prepare for a power outage was added to myMotherLode here. Clarke Broadcasting provided accurate and concise news about school and road closures over the radio and for the mobile phones that had internet service throughout all the power outages, as power was restored, and when a credit was proposed on customer’s bills.

Just days before PG&E’s Public Safety Power Shut-off, on October 6th near Midpines in Mariposa, the Briceburg Fire started. There were a few days of very smokey conditions in Sonora, but a full 17 days later after 5,563 acres burned, full containment was reached. The cause of the Briceburg Fire remains under investigation, no injuries were reported but Highway 140 was closed and several areas were evacuated with one home destroyed.

A surprisingly popular news story of the year was about a new law requiring backup batteries for garage doors. At a cost of about $500, the requirement has been in effect since July 1 so that, in the event of a power outage, a garage door can be opened with a button.

Some of the more fun and interesting popular news stories this year include the photos and video of country singer Eric Church acknowledging Makena Wallace at his San Francisco concert. The fifth-graders sign asking for sponsorship for a jog-a-thon earned Soulsbyville School $10,000 as reported here.

Wildlife often shows up to make news and this year in September, a local Mountain Lion made the national news. As we reported here, the cat was scared out of a second-story home’s bathroom window after it entered through an open front door. A priceless photo was taken before it left. Definitive wild animal advice from Julie Silva, a University of California Cooperative Extension Master Gardener of Tuolumne County is here.

Each year a number of terrible accidents make local headlines, the one that got the most attention this year was the plane that crashed into Lake Tulloch in June.

As the information source for the Mother Lode we reported on the Cyanobacteria in the Stanislaus River upstream of New Melones. Numerous follow up stories were done as state and local officials went to see the issue first hand as detailed here. As the algae in the water subsided our guide to help residents identify and report possible toxic blooms is detailed here.

Another popular story was one that came to us about a Mystery Goo along Mechanical Drive, between Longeway Road and Highway 108 in late July. It turned out to be Klean-Strip, an aircraft paint remover, as we reported in August here.

Also in August we reported that a brewery mural was causing a stir in Sonora. The image, provided in a document to the Sonora Planning Commission by Sonora Brewing Company business owner Thomas Silva was not very flattering. Now that the mural has official approval the Brewery Backdrop made Tuolumne County Visitor’s Bureau’s list of Instagram-Worthy Murals In Tuolumne County.

A round-up of the year’s most popular news would not be complete without the March 6 news story ‘Extreme Weather Hits, Floods Areas Around Sonora.’ The photos and video here, of the hail and massive puddles that closed roads, speak for themselves.

The winter storm before Thanksgiving is fresh in our memories and this winter is far from over. You may not remember the big snowstorm of February 5th 2019. Snow caused school closures and a very large power outage of 25,000. The news story is here.

Also in February, we reported ‘After 26 Years Sonora Cost-U-Less To Close.’ As the year wraps up the retail space still remains vacant, the closing news story is here.

While news stories about government don’t rank as high, you can count on us to keep you informed. As reported here Tuolumne County faced a $4.2-million budget shortfall and positions had to be cut.