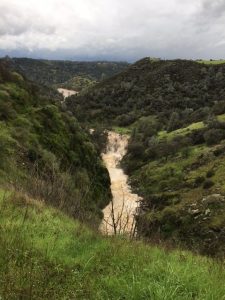 A review of the top most read news stories in 2017 on MyMotherLode.com

Each fire season the Mother Lode braces for the worst. This year, in our area, the Detwiler Fire was the most devastating. The Detwiler fire started July 16th and ended Aug 24th. CAL Fire announced on August 4 that an investigation unveiled that it was caused by “the discharge of firearms on public lands.” A $2,000 reward was offered for additional information that helps locate the person or individuals responsible for starting the fire as reported here.

By day three the Detwiler fire had burned 25,000 acres and it was only 5 percent contained, 8 structures were counted as destroyed, 1 damaged, and 1,500 were threatened. Thousands of people were forced to evacuate, including the entire community of Mariposa. When it was fully out the Detwiler Fire had burned 81,826 acres, destroyed 63 homes, 67 outbuildings and one commercial building. The full timeline with details is here.

MyMotherLode always provides excellent verified fire information. When the Detwiler Fire in Mariposa County was at 81,826 acres and 90-percent contained there were two more large fires, on July 29th at 2pm the Jacksonville Fire was reported at 690 acres and the Twist Fire was 124 acres and had burned a home. Later on October 9th the Point fire grew to 130 acres and evacuations were ordered near West Point.

In previous years half of our top ten news stories in 2016 were about local fires, in 2015 we provided full coverage of the Butte Fire (an overview of those news stories is here) in the drought year of 2014 we covered the El Portal, Foresta and the Hunters Fire and many other new stories, and in 2013 we covered the Rim Fire.

In January there was a fire at Curtis Creek Elementary. As we reported there was no indication of foul play, according to CAL Fire. Curtis Creek had also closed classrooms due to a mudslide, an overview of their hardships in in a news story recognizing Holly Azevedo who was picked in the first round of the Farmers Insurance “Thank America’s Teachers” contest.

On March 21st the storm damage was so severe in the Twain Harte area that the National Weather Service sent in investigators to see if a tornado touched down in the area, but it was determined to be a microburst. Also in March we provided the Forest Health update “Sierra Nevada Forest Health From Bad To Worse”

By March the Mother Lode had been through a truly unusual amount of wet weather. From January 3rd to January 12th an atmospheric river had soaked the area. There was a blizzard warning and wind warning on January 12th a winter storm warning on January 18th, and on February 21st a Flood Warning. California declared several state of emergencies related to costly damage from many winter storms, flooding, and mudslides. While the Oroville Dam filled up, trees came down knocking the power out for many. There was also a death from a tree that fell in Yosemite’s Half Dome Village, formerly Curry Village, as reported here.

The Don Pedro Reservoir spillway had to be opened on February 20th causing Portions of Bonds Flat Road in Tuolumne County, between J-59 and Highway 132, to be removed. That stretch remained closed until June 28th when the road was fully repaired and reopened.

Before much of the damage the state suffered, the Mother Lode suffered the loss of the very well known “tunnel tree.” We reported at 9pm on Sunday, January 8th, that the Pioneer Cabin Tree at Calaveras Big Trees State Park fell to the ground; it was our 11th most popular news story with 8 of the top ten related to fires.

The two other top news stories of this year both related to a two vehicle crash on October 21st 2016 near the Bonds Flat Road intersection that killed three people. Those accused of causing the accident are Sonora physician Dr. Danny Anderson and his wife, Diane. The CHP reports Dorothy Eisemann, 66, from Copperopolis was driving a 2009 Toyota northbound on J-59 when a vehicle, allegedly driven by Dr. Anderson, illegally crossed into oncoming traffic over the double yellow lines to pass her.  The passenger and relative in Eisemann’s car, Rheinholt Eisemann, 72, from Copperopolis died, as well as the driver of the other vehicle Tina Hoffman, 51, from La Grange, the mother of Trista Hoffman, 16, who died later at the hospital and Dillon Hoffman, 17, brother and son to the deceased who suffered major injuries. Dr. Anderson and his wife are each charged with six counts of hit and run, resulting in death or serious injury to another person; concealing evidence and obstructing an investigation. She is also charged with a felony count of being an accessory to a crime. Statements from the Anderson’s lawyer were published here. Dr. Anderson is licensed to practice medicine while his trial is scheduled for late in March 2018, as reported here.

On August 17th, in a news story that is our 17th most read of the entire year, we reported on an inmate riot at the Sierra Conservation Center. Officials reported gun fire and gas had to be used to break-up fighting that injured several inmates at the Jamestown prison. The incident was over in about four to five minutes and no staff was hurt.

In September the most read news story was an encounter with a bold Mountain Lion in Groveland.  On September 27th rockfall from El Capitan killed 32-year-old Andrew Foster of Wales. Details about the rockfalls are in the news story here.

On September 25th a homicide investigation was reported. Marc John Dejong was found dead in the Big Oak Flat area and eventually 42-year-old Elton Quintin Redick was found and charged with his murder.

Another man was charged with murder in September, and the victim was his son. David Bilderback is accused of shooting 19-year-old Cole Bilderback in Avery. Details were posted here.

There were several tragic fatalities related to car crashes and the one that stands out was on Thanksgiving that killed two and a 350 pound bear. The San Andreas CHP office reported a 27-year-old Sarah Rae Rohde of Copperopolis and her one-year-old daughter, Ariana Harris, were killed due to the crash. Rohde’s four-year-old son, Julian Harris, sustained “minor to moderate injuries” and was transported to UC Davis Medical Center.

On December 5th there is an ongoing investigation into a possible murder suicide shooting as reported here.