Man Arrested In Connection To 2018 Burglaries 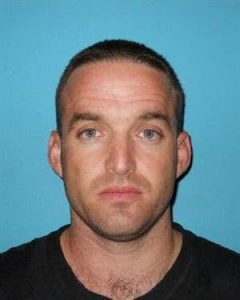 Sonora, CA — The Tuolumne County Sheriff’s Office has arrested an Oakdale man in connection to a string of burglaries in the Strawberry area in January of last year.

We reported at the time that the sheriff’s office released surveillance photos of the suspect after he allegedly racked up charges on a credit card stolen from one of the homes. The surveillance images were captured at the Sonora Walmart. There was also a second suspect, later determined to be 33-year-old Janitta Garcia of Oakdale, who was arrested days later, in early February, in the community of Tuolumne. Click here to view that story.

Thanks to tips from the community, the second suspect was identified, and arrested, over a year later. The Sheriff’s Office reports that a ramey warrant was issued by a judge and 30-year-old Justin Labass of Oakdale was arrested and booked into county jail on charges of burglary, ID theft and conspiracy.