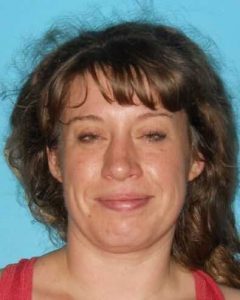 Sonora, CA — A man and woman were arrested after deputies turned up drug sales items during a search of a downtown Sonora home.

Tuolumne County Probation Officers and Tuolumne County Sheriff’s Office Narcotic Agents raided the home, located on Elm Street near Yaney Street on Thursday morning. Armed with a search warrant they found of 34-year-old Danielle Daley and 41-year-old Brandon Morgan inside the house. A search of the premises uncovered more than 7.1 grams of methamphetamine, drug packaging, a digital scale and drug paraphernalia.

The pair was taken into custody for possessing methamphetamine with the intent to sell, keeping a place for the use and sales of narcotics/drugs and possession of drug paraphernalia. Daley’s bail was set at $75,000 while Morgan’s is $15,000.

Of note, Daley was involved in four other drug house related arrest at this same residence in 2017 with the latest on July 21st, as reported here.  She was also arrested in January of this year after a traffic stop, as reported here.