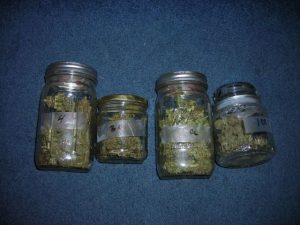 Sacramento, CA — Governor Jerry Brown has signed into law three bills to regulate medical marijuana in California. As reported previously both Calaveras and Tuolumne County Board of Supervisors tabled marijuana ordinances.  Gov. Brown stated his approval on October 9 when he signed the three state laws that were passed by both the Senate and Assembly on September 11th, 2015.

Gov. Brown says, “While many of these new standards take effect in January 1, 2018, state agencies will begin working immediately with experts and stakeholders on crafting clear guidelines, so local government, law enforcement, businesses, patients and health providers can prepare and adapt to the new regulated system.”

The bill allows local governments to ban or tax marijuana-related businesses. The Sonora City Counsel approved sending a letter in support of AB266 in April 2015. The full text of the new law is on leginfo.legislature.ca.gov.

One of the other newly signed laws is AB243 created to regulate pesticides used in growing marijuana. It gives various existing departments such as the Department of Food and Agriculture, the Department of Pesticide Regulation, the State Department of Public Health, the Department of Fish and Wildlife, and the State Water Resource Control Board the task of defining regulations and standards for growing the plant.  The news story “State Studies Marijuana’s Impact On Watersheds” here details how diverting water for marijuana cultivation likely caused streams to run dry.

Lastly, the third piece of legislation, SB643 puts the Medical Board of California in charge of creating standards and defines penalties for physicians and surgeons who prescribe medical cannabis. Guidelines about advertising, packaging, and testing the potency of medical marijuana are all addressed in the bills.

Gov. Brown concluded his statements in signing the three bills, “This sends a clear and certain signal to our federal counterparts that California is implementing robust controls not only on paper, but in practice.”

Voters legalized medical marijuana in 1996. In May 2013 four of nine individuals from three Tuolumne County collectives who were arrested on May 2011 had their charges dismissed by the judge, as detailed here, due to ambiguity and inconsistencies in opinions from different courts. Currently multiple groups are seeking signatures to qualify new ballot measures to legalize recreational marijuana, details are here.