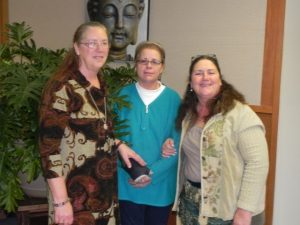 Sonora, CA — Ending a highly publicized case, marijuana trafficking charges were dropped this morning against the owners of a Tuolumne County pot collective.

The Tuolumne County District Attorney’s Office dismissed the charges against Sarah Herrin, Danny Jo Herrin, Jana Evans, and Nancy Smith. Today’s Health Collective off Via Este Road was one of three marijuana collectives raided in May of 2011.

“This is not a ratification of the conduct of these individuals.

The material seized in 2011 pursuant to search warrants presented strong evidence supporting prosecution. The lack of clarity in the law, and the lack of leadership from state lawmakers, has allowed a piecemeal evolution of ambiguity that has rendered the successful prosecution of this case improbable.

Inconsistencies in opinions from different courts have required a shift in the focus of law enforcement and jury instruction. The cumulative effect of evidence collected in 2011 has been weakened by this development.

When contacted today, both Sara Herrin and Jana Evans were very pleased to hear the news. “I’m ecstatic,” says Evans. “We’re very happy, and we think that justice was done.”

Evans believes that the marijuana, and other items confiscated, will be returned by the county. She says they have no current plans to re-open a collective, but adds they will take an active role in trying to help local government agencies, like the county, draft and adopt ordinances related to medical marijuana use.

In May 2011 nine individuals from three collectives were arrested, the update on the other cases is here.