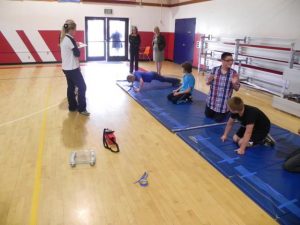 Sonora, CA — The California Department of Education put out a list of school districts that are facing financial problems. Curtis Creek Elementary has been placed on a list with 38 other schools in the state facing future financial trouble. Specifically the state lists Curtis Creek as a school that “may not meet its financial obligations for fiscal year 2014–15, 2015–16, or 2016–17.”

Calaveras Unified has been on the list for not being able to meet future budget needs since 2013.

Sonora Union High School made plans and succeeded in getting off the list  in 2013.

State Superintendent of Public Instruction Tom Torlakson says the six fewer schools on the list this year “shows that the improving economy and additional revenues from Proposition 30 have helped pull many school districts out of financial jeopardy, allowing them to concentrate on their most important task—educating their students.” In 2011-12, 188 local educational agencies (LEAs) were facing financial difficulties.

The California Department of Education prepares Interim Status Reports twice a year to provide a “snapshot” of the financial status of the state’s 1,028 LEAs. There are nine LEAs in Tuolumne and six in Calaveras.

State wide there are 38 qualified LEAs who may not meet future financial obligations down three from a year ago and five negative LEAs, who are currently facing trouble, down from eight a year ago.

The classifications come from the LEAs’ certified budgets last December, which cover the period ending last October. As a result of the time lag, some LEAs may have already cut their budgets to lift them out of negative or qualified status.