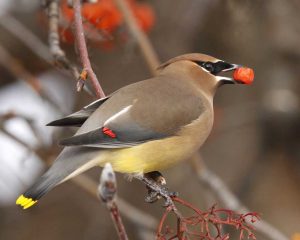 There are a few events and actives planned in the Mother Lode, the Sonora Elks lodge is hosting Taco Thursday tonight as detailed here.

Murphys Creek Theatre is presenting Doubt: A Parable this Friday, Saturday and Sunday. The theater asks that every patron be fully vaccinated or have a negative Covid-19 test from within 72 hours of the performance time. Tests can be a negative antigen or PCR, home tests are accepted. In addition to vaccinations and/or tests, attendees are asked to wear a mask when not eating or drinking.

January is National Mentoring Month and this year the local Calaveras Mentoring Foundation (CMF) is celebrating with expanded community outreach and an annual fundraising drive. Details are posted here.

Local ski resorts are open as detailed here. Local movie theaters are open, showtimes are here. Railtown 1897 and Columbia State Historic park are open with winter schedules. An overview of destinations to visit in the Mother Lode is here.

Sunday there will be Birding at Indigeny Reserve. Kit DeGear, a Central Sierra Audubon Society (CSAS) field trip leader will lead a group through the apple orchards, and other trees as well as stream-side thickets and a marshy area with reeds that provide great habitats for birds. The birds he hopes to see will be the Red-breasted Sapsucker, Hermit Thrush and perhaps a Brown Creeper. Bring binoculars and water for a two to three hour walk. Children are welcome, with everyone meeting in the parking lot at 8 AM. Details are in the event listing here.

In sporting events the Columbia College Claim Jumper’s won yesterday’s game making them 16-0 this season. This Saturday they have an away game with West Hills-Coalinga College at 6 PM and Monday, January 24 they play Fresno City College at 6 PM in the Oak Pavilion. Also a local skier qualified for the Winter Olympics as detailed here, get all the Olympic news stories in the Sports section here. Westside Little League 2022 Spring Registration is open and will be available until February 6th. The league boundary consists of East Sonora and up the hill. Age Requirements and contact details are in the promotional event listing here.

The producers noted they were especially fond of Grover Anderson of Murphys. Anderson has produced six albums since 2011 and his single, “Frontman” organizers say, “should really be Calaveras County’s theme song for the incredible music scene.”

Also recognized was Star Dogs, who for the past two year organizers state emerged as the region’s power-trio “Supergroup,” consisting of lifelong professional touring musicians who have performed with Montrose, Geoff Tate (former lead singer of Queensryche) Tommy TuTone and others. More notable mentions went to Nate Nathan, who has produced six albums and toured China and Leilani Hollywood and her band, Leilani and the Distractions. They state the band is a mainstay at every performance venue from clubs to massive casino exhibition halls.

Event co-producer Richard Varrasso says, “After two years of pandemic that has really hurt everyone on a global scale, especially the regional arts, music and entertainment, by making the decision to move forward with the Calaveras Arts and Music Awards, we really wanted to pay it forward and boost the morale of the community by acknowledging all of your artistic contributions to our communities.”