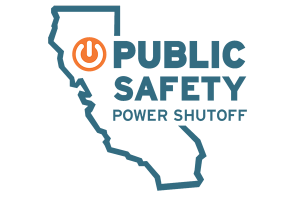 Update at 1:24 p.m.: PG&E is now forecasting the possible PSPS to begin at 4 p.m. on Sunday (Sept. 27), with restoration complete by Monday (Sept. 28) at 6 p.m. The utility says that time frame could change depending on weather conditions. Further details on the power shutoff including its potential size and scope are below.

Update at 6 a.m.: PG&E has narrowed its list of counties to be impacted by the power shutoff slated for early Sunday morning (Sept. 27) and lasting into Monday (Sept. 28). Alpine, Amador and Calaveras counties that are all in both Zone 5 and 8  remain on the “PSPS Watch” list and the utility relays that just over 16,000 customers in those areas will be impacted, the largest, 9,978 in Calaveras. Below is the latest company mapping of the Public Safety Power Shutoff to reduce the risk of wildfire from energized power lines due to a wind event:

Tuolumne and Mariposa counties, although in Zone 8, were taken off the watch list last night as reported below. PG&E advises the PSPS could impact about 97,000 customers in portions of fifteen counties in the Northern Sierra and North Valley. A breakdown of the number of customers in those counties that could be affected is also below.

Update at 6:06 p.m. Friday (Sept 25): PG&E is refining the list of counties in several zones down to15 that could be impacted by the possible power shutoff event Sunday through Monday. As reported earlier today, the utility had added Zone 8, which included Alpine, Amador, Calaveras, Mariposa, and Tuolumne counties. This evening Mariposa and Tuolumne were taken off the list.

In regards to the other three Mother Lode counties, the utility now advises that the potential PSPS slated to start early Sunday morning could impact approximately 97,000 customers in portions of fifteen counties in the Northern Sierra and North Valley. The company provided this list of projected total customer impacts:

The company says it has begun its one-day advance notifications to customers in areas where power may be proactively shutoff to reduce the risk of wildfire from energized power lines. The utility notes that the anticipated scope and timing of this event has changed from earlier announcements, based on updated weather forecasts that showed stronger wind gusts in a larger portion of PG&E’s service area.

As reported yesterday, Zones 2 and 5 were targeted for a possible power shutoff this weekend to reduce wildfire risk due to a wind event. Zone 5 includes parts of Calaveras, Amador and Alpine counties. (all are included in multiple zones) All were increased from “Elevated” to a “PSPS Watch” in the afternoon, as reported here.

The utility has now included Zone 3, 4, 8 and 9 with the PSPS event staring on Sunday and lasting through Monday. Zone 8 includes all those previous Mother Lode counties and adds Tuolumne and Mariposa, as shown in the chart below:

Clarke Broadcasting contacted PG&E spokesperson Brandi Merlo for more clarification as the map below of current PSPS impacted areas has the power shutoff North of the Mother Lode:

Merlo relayed that, so far, alerts have only gone out to Butte, Plymouth and Yuba counties. Regarding the Mother Lode counties, she adds, “That doesn’t necessarily mean all of the customers will be impacted or that some of those counties might not be impacted at all. It’s just kind of a way for us to identify and alert customers that there is a potential and we are watching incoming weather.”

Merlo elaborates that the company has heard the past complaints from customers related to getting timely information and is committed to improving that. She notes, “We’re really working hard to make sure we’re giving them the information as soon as we feel that something may happen. We want to give a heads up, so they [customers] should be prepared.”

Currently, the possibility of individual counties affected by a PSPS event is listed as “zero” by PG&E for all the Mother Lode counties, but Merlo says with a Red Flag Warning and Fire Weather Watch issued for the Mother Lode and Stanislaus National Forest starting on Saturday until Monday that could change at any time.