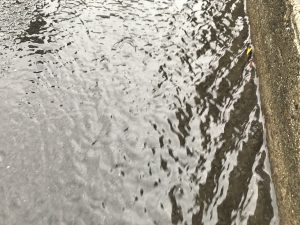 Sonora, CA — There are some areas to avoid on this Monday due to the heavy precipitation.

The Tuolumne County Public Works Department reports that there is roadway flooding on Sims Road, Red Hills Road and Bell Mooney Road. Those three roads are now closed, so you will need to avoid them.

We reported earlier that the National Weather Service has issued a Winter Storm Warning above 6,500 feet until 6pm today. A Flash Flood Watch is in effect for the Sierra Nevada and the foothills through this afternoon.

Total rainfall amounts of two to four inches are likely with the current storm system.

Substantial flooding is possible in the form of mudslides, rockslides and debris flow.