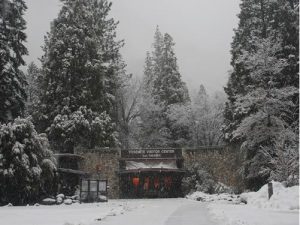 The Winter Storm Warning issued for the Sierra Nevada above 6,500 feet, will expire at 6 PM tonight.

According to the National Weather Service, additional snow accumulations of three inches to two feet is likely above the 7,000 foot elevation.

Winds will continue to gust as high as fifty-five mph on exposed ridgetops and along the crest.

Wind chill readings of as low as twenty-five below zero, could cause frostbite on exposed skin in as little as thirty minutes.

Total rainfall amounts of two to four inches is likely.

Substantial flooding is possible in the form of mudslides, rockslides and debris flow.

Flood Watch means there is a potential for flooding based on current forecasts. You should monitor later forecasts and be alert for possible Flood Warnings. Those living in areas prone to flooding should be prepared to take action should flooding develop.