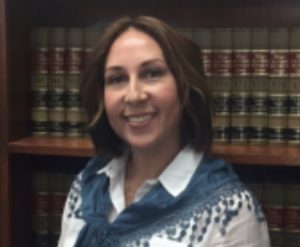 Back in August, as reported here, the 13-year county accounting and IT employee submitted her resignation, sharing with Clarke Broadcasting that the reason was based on a disagreement with the board of supervisors over lacking salary increases for elected county officials despite increasing responsibilities. At the time, she noted plans to take a finance position with the Modesto-based Save Mart supermarket chain.

CCWD officials say Callen will take on an important management team role overseeing the district’s Finance and IT departments, beginning Monday, Oct. 21. Her starting salary was reported as $128,892/year. She replaces Jeffrey Meyer, the former director of administrative services, who left the district to take a job in the private sector. The interim director, Peter Martin, will return to his position as water resources manager once Callen starts

A Bret Harte High graduate and Angels Camp resident, Callen graduated from California State University in Chico with a bachelor-of-science degree in business administration and option in strategic management. For the following four years, she worked for Barclays Global Investors in Sacramento. Since 2001 she has been affiliated with her family’s Angels Camp-based Wayne and Son Automotive company.

CCWD Board President Russ Thomas comments that Callen will be taking on one of the district’s most important jobs. “I have every confidence that her performance will be quite excellent…I’m glad she’s on our team.”

CCWD General Manager Michael Minkler adds that as the district builds momentum towards becoming more efficient and innovative as a water agency, a talented chief financial officer is critical.

“Rebecca has the skill set we need and a proven track record for courageous leadership and creative problem-solving,” he states, adding, “I expect she will be a tremendous asset for CCWD for many years to come.”