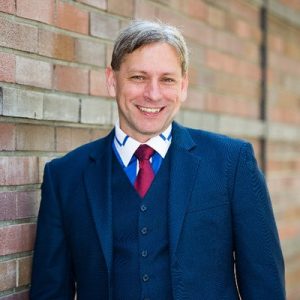 As reported here, Mark Meuser, one of the lead attorneys litigating against SB27, the tax return law that could keep President Trump off the 2020 primary ballot in California, is on an educational tour throughout the state, talking with civic clubs and groups in-depth about the state’s elections processes, warts and all.

Meuser, who in 2017-18, ran on the Republican ballot for the California Secretary of State, demurs when asked if he is eying a run for another office anytime soon. “I am not running for anything in 2020…right now my focus is on working on the integrity of California elections. I am doing it through the courts, and I am doing it through presentations.”

Wednesday afternoon, a federal judge ruled that he would be granting an injunction that would allow President Trump to be on the ballot, which is expected to result in a state appeal to the 9th Circuit Court. That evening, Meuser headlined a special event hosted by Calaveras Republicans in San Andreas. His presentations address what he describes are many people’s concerns and misunderstandings; demystifying provisional and mail-in ballots, ballot harvesting, how votes are counted, and what security measures are in place to entire the integrity of the elections.

He is quick to point out that it is not that he is discounting the possibility of voter fraud going on. “I am really taking the time to explain a lot of what is going on behind the scenes that nobody knows about — to help create a little more confidence in the California elections system.”

However, he maintains, “There are a lot of problems with California’s integrity in the voter registration process. In fact, I am involved in litigation over that issue.” He references a major victory in a case filed against the Los Angeles County government by the conservative, public interest firm Judicial Watch.

A Need For Better Housekeeping Of Voter Rolls?

Back in January of this year, as part of the settlement, county officials agreed to conduct a purge of its voting rolls, an action that could remove maybe 1.5 million inactive voters from its lists of those eligible to cast ballots. Judicial Watch argued that under a recent Supreme Court ruling, jurisdictions have a duty to remove names of people who appear to have either died, moved away or lost interest in voting.

“There are plenty of problems with the integrity of California elections,” Meuser comments. “But there are a lot of things that people think are a problem but are not and I am also addressing those issues.”

Meuser recounts spending time overlooking elections processes, including as part of an audit in San Diego, checking signatures on mail-in ballots. “I am not even saying that [California] has the best systems in fact, according to MIT [Massachusetts Institute of Technology Election Lab Elections Performance Index] it is the third-worst run in the United States… but there are a lot of misconceptions about it.”

He criticizes state administration processes, such as those that allow a high number of provisional ballots to be issued, due to the inaccuracy of voter registration rolls. “Most states issue point-six- percent [of their ballots as provisional] but California issues 13 percent. The administration of our elections is very poor compared to other states…which creates integrity issues.”

As for the new Voters Choice options, which Calaveras and Tuolumne counties are in the process of adopting for the 2020 March primary ballot, Meuser acknowledges there are definite benefits.

“The Vote Centers, you can go to any of the ones in the county and have more days to go and vote,” he reasons. Too, as there are fewer centers open over a longer period, poll workers can become more trained in their jobs over the period of days their polling center is open. “Also, there are cost savings and [the process] does not stretch the ROV [Registrar of Voters] so thin but still it has integrity problems.”

Asked if explaining his concerns would wind up too far into the weeds, Meuser concurs. “I don’t like to sit there and tell about the 30 different ways that someone can cheat in an election,” he says dryly. He adds, “I don’t feel that is my job as an election law attorney…to create a roadmap for people to cheat in elections!”