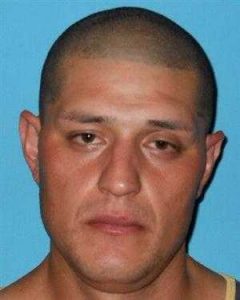 Sonora, CA – Enforcement officials caught up with a man wanted on an outstanding warrant for attempting to smuggle narcotics into the county jail, allegedly with more drugs for sale on him.

Tuolumne County sheriff’s officials report that yesterday afternoon, 30-year-old Fabian Ramirez of Sonora was located while walking in downtown Sonora and arrested due to three outstanding warrants. However once he was in custody members of the narcotics team found he was also carrying methamphetamine for sale.

As reported here, back in June Ramirez was arrested as part of a four-person drug house bust at an Elm Street residence, despite an attempt to flee law enforcement due to having a monitoring device on his ankle, which tipped off his whereabouts as being at a nearby shopping center.

Ramirez was subsequently booked into the Tuolumne County Jail for possession of a controlled substance for sale and committing a felony while out on bail as well as the outstanding warrants for bringing narcotics into a detention facility, attempting to commit a crime and petty theft.