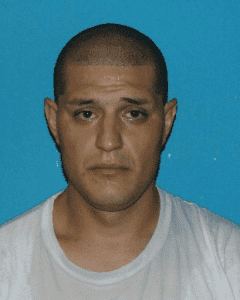 Sonora, CA — An Elm Street home under surveillance for suspected drug activity was the scene of a four-person bust involving drugs for sale.

Sgt. Benson further states that Ramirez bolted from agents and led them on a foot chase through the neighborhood. However, as he was wearing an electronic monitoring device as a condition of his probation, he was easily tracked and apprehended in the shopping center on Stockton Street.

A search warrant was subsequently obtained for the residence and two more individuals who were inside were contacted. They are 25-year-old Erika Olsen and 27-year-old Martin Hesseltine. Following the search, agents confiscated several items as evidence related to the use, possession, and possession for sales of controlled substances. The four occupants were booked into the Tuolumne County Jail. An investigation continues.

As far as charges so far, according to Sgt. Benson, Daley is charged with possession of methamphetamine, maintaining a place for the purpose of dispensing narcotics and an outstanding warrant for failing to appear in court on a spousal battery charge.

Ramirez was booked for possession of drug paraphernalia, possession of a controlled substance for sale, maintaining a place for the purpose of dispensing narcotics and resisting arrest.