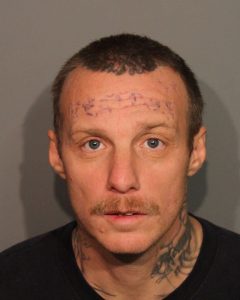 Angels Camp, CA — An early morning tip by a utility company employee led to the discovery of remains belonging to one of three dogs recently reported missing from the Pet Bath House premises in Angels Camp.

According to Angels Camp Police Chief Todd Fordahl, around 8:30 this morning his department was contacted by the unnamed utility worker, who reported that he had found what he believed to be the remains of Cici, the remaining missing dog from the case — and subsequently took police to the location.

The canine remains were recovered from that location, described as within the 900 block of Crestview Drive in Murphys, and then turned over to Calaveras County Animal Services. That office subsequently reached out to the previous caregiver, Joyce Techel of JT Kennels, who confirmed the identity of the remains so that the owner could be notified. At this point a necropsy is planned this week at a facility in Davis that will attempt to determine the cause or method of the dog’s death.

The tipster confided that he initially found the remains on either July 3 or 4 and did not realize until over the weekend that they were associated with the case until seeing one of the missing dog flyers posted at Sierra Hills Market in Murphys. The date that the man first allegedly encountered the remains is interesting to note; the dogs’ owner had told police that it was on July 2 that he received the shocking notification that his pets had been “put down” due to their aggressive behavior.

The canines belong to a local resident who, due to losing his home in the Butte Fire, was temporarily boarding them. They had reportedly stayed for about 18 months without incident at a Valley Springs facility before being relocated to the Pet Bath House kennel shortly before their disappearance. Ironically, the victim moved the dogs to what he believed was an upgrade, as it offered concrete floor surfacing instead of the pea gravel found at the previous facility, which had become problematic for at least one of his pets.

As reported here, earlier this month police arrested Vonna Hughes, 68, who is the co-owner of the Angels Camp pet services and boarding facility, following an investigation relating to the suspicious disappearance of the three animals, all pit bulls, that had been in her custody. It was she who reportedly contacted the owner to tell him the dogs were no longer alive.

Two of the dogs, Caspar and Coco, have been recovered within the past few days due to the sharp eye of a Calaveras County Animal Services employee, who initially contacted Angels Camp police to report that a dog resembling Casper was in their custody.

After the canine was positively identified by his owner, further investigation revealed that Coco might have also passed through the services facility, which generated a recall, transport and subsequent positive identification from the owner. Animal Services reported that both of the dogs were recovered from the Pennsylvania Gulch Road area of Murphys at a time roughly around when police stated they went missing.

Patti Guy, 60, another Angels Camp woman remains implicated in the case, according to Chief Fordahl. He adds that a third individual, Michael Rutt, 42, of Calaveras County, who was allegedly present when initial plans were made to dispose of the dogs were made at Pet Bath House. In addition to wanting Rutt for questioning, law enforcement officials are seeking him for failing to report to probation upon release from prison. If you see Rutt or know of his whereabouts, please call 911 and do not attempt to approach or detain him. His picture can be viewed in the image box slideshow.