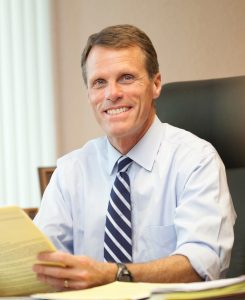 Sacramento, CA — Republican Senator Ted Gaines, who represented Calaveras County prior to redistricting, hints that he may push for a ballot measure, or other action, to overturn California’s recently approved gas tax increase.

Gaines announced yesterday that he is launching a formal effort to repeal Senate Bill 1, which imposes a combined $52-billion in new gas taxes and user fees.

Gaines says, “I will be exploring every possible avenue to repeal the gas tax, whether it’s through legislation, an initiative to change or eliminate other gas taxes, or other courses of action. I am going to fight to overturn this unfair and regressive tax and get some justice for the California families and businesses that are getting nickeled and dimed to death.”

Notably, the SB 1 increases the excise tax on gasoline by 12 cents on regular gas; 20 cents on diesel.

Gaines adds, “We already have some of the highest gas taxes and worst roads in the country. For years we’ve starved transportation when we’ve had many billions in surplus, even though it was supposedly a ‘system in crisis.’ Before we take a single penny from Californians in new taxes, it is our duty to make 100-percent certain that we are spending the money we already collect exclusively on road repair and construction.

We reported previously that the SB 1 tax and fee increase is expected to bring Tuolumne County around $3.5-million annually in additional road revenue.