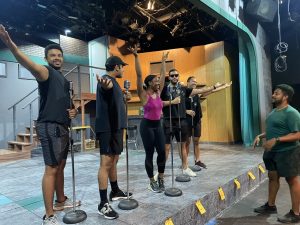 It is featured in a new myMotherLode.com blog authored by Tori James.

The show runs through August 28th and performances will be held each Wednesday through Sunday.

The show is directed and choreographed by Keenon Hooks, with musical direction by Sarah Wussow. More details can be found in the blog.