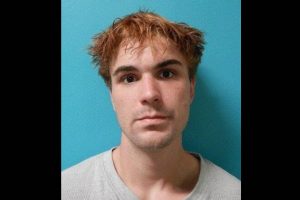 Jamestown, CA – A Jamestown man should have checked out the actual person on a false driver’s license before handing it over to a CHP officer as it led to his arrest.

The officer pulled over to assist a 2004 Saturn Ion that had broken down and been pushed off Algerine Road, north of Twist Road in Jamestown, last Tuesday. When he asked the two occupants in the sedan, 24-year-old Noel Pedro Figueroa of Jamestown and 34-year-old Patrick Ryan Smith of Groveland, for identification, they both gave false information. Smith verbally gave a false name, and Figueroa handed over a driver’s license that was not his. That turned out to be a big mistake, as the individual on it was wanted on several warrants.

The officer then searched the sedan and both men. Figueroa had brass knuckles and a small amount of heroin and methamphetamine on him. Smith also had heroin on him. Both were arrested, with Figueroa having the additional charge of felony false impersonation of another. The false license may have been given because he was also wanted on a robbery warrant. That stemmed from an arrest in October of 2020 when Figueroa was arrested after running out of the Sonora Walmart with stolen items, as detailed in this earlier report.