Your Vision Of Sonora 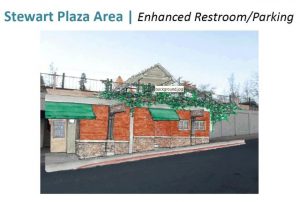 Sonora, CA – Public input wanted.  Those involved in the Vision Sonora Plan for the downtown area are making a push to get more public involvement.  They have set up four separate committees dealing with different aspects of the plan to entice people to join the project.

“To work it has to be a community based and driven project,” says City Councilmember Bill Canning.  “Being on a committee, then you have a vision or a driving mode to see the project moving forward in this direction or what that’s going to look like and become part of it.”

The four committees include community design, tourism marketing, transportation, and finance. ( Vision Sonora Committees )   As reported earlier, two projects in the plan have already received funding those include the Stockton-Washington Beautification & Transit Project, which was also approved by a the City Council in October.  Canning says people can still have a voice in those projects and future plans by just giving a little bit of their time.

“It’s as much as you want to give, to just being there for the meetings,” says Councilmember Canning.  “If people have more time to give by gosh we’ll take it, happy to have them aboard.”

To get on board, you can either go to the Vision Sonora Committee meeting, which takes place every fourth Thursday of each month at 2 p.m. in the City Council Chambers or call 532-3508.