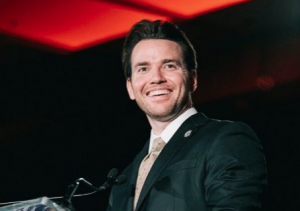 Sacramento, CA — Under the belief that Congressman Tom McClintock will run for a newly drawn seat that covers the Mother Lode, California Assemblyman Kevin Kiley says he will seek a new eastern Sierra Nevada Congressional seat.

We reported earlier that McClintock’s current District Four will be split in half in 2022 by newly drawn districts three and five. Three covers some Sacramento foothill communities, Lake Tahoe, and the eastern Sierra Nevada. District Five covers the Mother Lode region and stretches down to Fresno.

In his announcement to seek the District Three seat, Kiley said his prayers are with Congressman McClintock following the recent passing of his wife Lori. He goes on to say, “When the time is right to make an announcement, I believe that Congressman McClintock will run in CD5, which includes many Mother Lode counties he currently represents. That being the case, I am planning to run in the new CD3, which includes population centers I currently represent in the Legislature.”

We reported earlier that Congressman McClintock has not yet announced his election plans, but his campaign staff has stated he is looking closely at both district three and five.

Kiley has been serving in the Assembly since 2016. He unsuccessfully ran against Governor Gavin Newsom in the 2021 recall election.