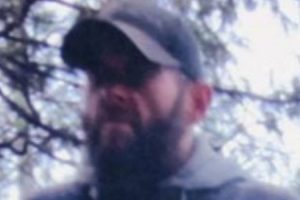 Investigators suspected Morrison of actually setting three fires over two days in November along Boards Crossing Road, between Dorrington and Boards Crossing, but he only confessed to setting one of them. The blazes destroyed a cabin and several acres of U.S. Forest Service land.

To help capture Morrison, Calaveras Sheriff’s officials turned to the public, releasing a photo of the suspected arsonist. Tips from that posting led to Morrison’s arrest at the end of December and he was placed on a $250,000 bail, as reported here.

With no prior criminal record, a total of 578 days were taken off of Morrison’s sentence, including credit for 290 days of time already served in jail and 288 days for good conduct.