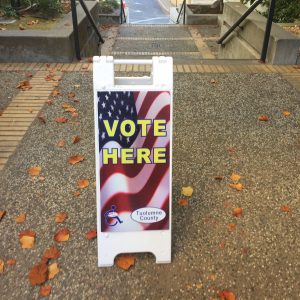 Sacramento, CA – Registered voters may get a ballot in the mail at least 29 days before every election without having to ask for one, as the California Senate voted to make that rule permanent.

That came at the objection of Republican’s including Mother Lode State Senator Andreas Borgeas (R-Fresno). He relayed that he had received two ballots for the recall election in the mail, one at his primary residence and another one at his in-laws’ house.

“So, if I’m getting two ballots, I know others are getting multiple ballots as well, and that feeds into this narrative of distrust,” Borgeas said.

Democratic Sen. Tom Umberg (D-Santa Ana) countered that even if people receive multiple ballots, they can’t vote twice since the ballots are tracked with bar codes. He added that “virtually no reports of fraud” in the 2020 election.

The state assembly approved the measure months ago. But because the Senate made some changes to the proposal, the assembly must vote on it one more time before sending it to Governor Gavin Newsom’s desk. Newsom will then decide whether to sign it into law.

The bill is one of multiple election-related measures pending in the final days of the legislative session that ends Sept. 10. Also, over Republican objections, the state Assembly last week voted again to ban paying people based on the number of signatures they gather to put a state or local initiative or recall petition on the ballot. They cited concerns that it encourages gatherers to cheat by misleading people into signing.

It passed 42-16 in the 80-member Assembly and returns to the Senate for a final vote. At least six states Arizona, Florida, Montana, North Dakota, Oregon, and South Dakota already limit per-signature payments, according to a legislative analysis.