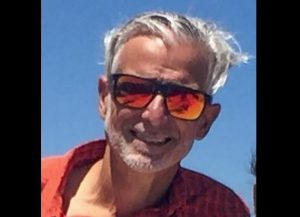 Yosemite, CA — An accomplished athlete who went missing over the weekend in Yosemite National Park has been found dead.

61-year-old Fred Zalokar of Reno went hiking this past Saturday from Happy Isles to the summit of Mount Clark (11,522 feet). His body was recovered yesterday near the top of Mount Clark, according to the National Park Service.

The federal agency notes that the incident remains under investigation and no further details are being released at this time.

We reported earlier that he was using an off-trail route to reach Mount Clark from Bunnell Point. Zalokar had won ultra-marathon races on multiple continents, visited 137 countries and climbed 185 mountains.