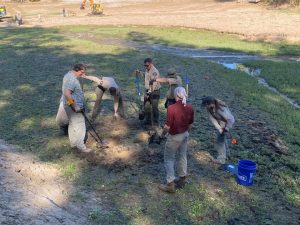 Sonora, CA — The Tuolumne County Sheriff’s Office is providing an update on the case of missing man Troy Galloway.

Galloway was last seen in January of 2016 leaving his Crystal Falls home. We reported this past May that law enforcement officials received information that Galloway could be in the nearby lake in Crystal Falls, so it was drained.

Sheriff’s officials update, “Two weeks ago, detectives began the search of the lakebed. After a search spanning six days, no human remains were found. The search included an ROV submersible sonar scan when the lake was full, Ground Penetrating Radar and a digging operation.”

Despite not locating Galloway, the Sheriff’s Office reports that the search was meaningful, and thanks various community partners who assisted with the effort.