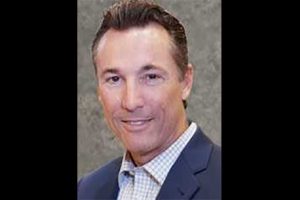 Sonora, CA – The Tuolumne Utilities District (TUD) Board of Directors has voted to release its General Manager from his contract.

Thursday, after coming back from a closed session during a special meeting regarding whether to dismiss G.M. Ed Pattison, Board President Barbra Ballen revealed the decision.

“By a 3-1-1 vote, the board voted to terminate General Manager Ed Pattison’s contract without cause.”

The three in favor were Ballen, Board Vice President Ron Ringen and Director Lisa Murphy while Director Jeff Kerns voted against the firing and Director David Boatright abstained. That same vote by the board last Friday (March 26) put Pattison on paid administrative leave with his access privileges revoked, as reported here.

Before the board’s vote, the public was able to give feedback on Pattison’s possible firing. Five individuals spoke with a representative of CSERC (Central Sierra Environmental Resource Center) stating it would support any board decision and four others opposed to his discharge. Those against questioned the timing of the meeting and why it was so rushed. One even claimed a possible conspiracy was afoot to stop growth in the county. However, the main concern centered around the current water rights negotiations Pattison has been engaged in with PG&E since March of last year regarding the potential transfer of the Phoenix Hydroelectric Project, as detailed here.

Resident Eric Segerstrom asked whose interests were served by releasing Pattison before the water rights were secured, asserting, “This negotiation taking place right now is going to last longer than any of you or even me are going to be here. So, I really hope board members can look themselves in the mirror and honestly say to themselves they are acting on the best interest of TUD, its ratepayers, and the county rather than their own personal agendas.”

Pattison’s contract was to last through 2023 at an annual salary of $200,000. In November, there was a push by some board members exiting after the election to extend the GM’s contract to 2025, but in the end, the board agreed to let the newly voted-in members decide on any extension, as reported here.

No details were released as to when the board would begin its search for a new General Manager.