Jamestown Man Runs Stop Sign And Then From The Law 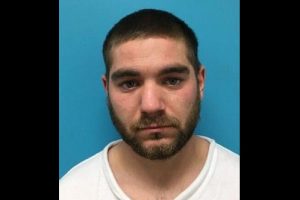 Jamestown, CA – A Jamestown man was arrested after blowing through a stop sign and then fleeing from a deputy.

Tuolumne County Sheriff’s officials report that 21-year-old Addam Smith of Jamestown committed the traffic violation around midnight recently right in front of a deputy patrolling the 18000 block of Main Street in Jamestown. The deputy turned on his emergency lights and then gave chase. In an attempt to lose the pursuing deputy,  Smith parked at a nearby apartment complex and went inside a unit.

Moments later Smith came out of the apartment, and, surprise, the deputy was waiting for him. A record check determined his license was suspended. Subsequently, Smith was arrested for resisting arrest by fleeing, driving under a suspended license, speeding, and failure to stop at a stop sign. His bail was set at $5,000.

Of note, Smith was arrested for DUI in May of 2019 for speeding, driving onto a sidewalk, smashing into a parked car, and then striking a building on Main Street in Jamestown. Click here for an earlier story detailing that arrest.