Suspect Sought For Gunning Down Dog In Custody 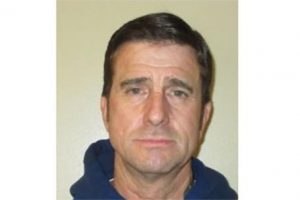 Jenny Lind, CA – A Jenny Lind man on the lamb since yesterday for allegedly shooting and killing his neighbor’s dog is behind bars with a $185,000 bail.

On Thursday, Calaveras County Sheriff’s officials put out a bulletin to the public seeking help in locating and capturing 60-year-old Roger Wayne Anderson. His picture was released with a description of the vehicle that he fled the scene of the crime in, an older blue Ford Expedition. However, no tips were needed as sheriff’s officials relay that last night around 7 p.m. Anderson turned himself in to deputies.

As earlier reported here, Anderson, armed with a handgun, is accused of allegedly walking towards his neighbor, whose dog was excessively barking, and firing four shots, killing the dog. The reason the pet was barking was to protect his owner who was arguing with a passing motorist for speeding down the road and kicking up dust.

It is unclear whether drugs or alcohol played a role in the incident as no other details were released. Anderson faces felony charges including animal cruelty and the discharge of a firearm in a grossly negligent manner.