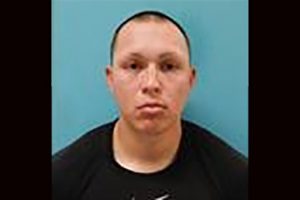 According to the Tuolumne County Sheriff’s Office, due to his employment with the Calaveras County Jail, Ian Gabriel Canastra Christiansen, 25, of San Andreas, was formally booked at Tuolumne County Jail Tuesday and assigned an $80,000 bail, which he subsequently posted and has since been released.

Christiansen is currently listed as facing a charge of assault with a deadly weapon, or a weapon other than a firearm, using force likely to produce great bodily injury in conjunction with an incident that occurred sometime last year.

As reported here, officials at the Calaveras County Sheriff’s Office stated the related incident occurred last year while the officer was off-duty but that information about it only became known to them in early March after which the case was immediately turned over the District Attorney’s Office to avoid any potential conflicts of interest.

When the DA’s office informed the sheriff that it had investigated and would be prosecuting the case, the suspect was immediately placed on administrative leave and ceased working at Calaveras County Jail.

Since it is not a Tuolumne County Sheriff’s Office matter and in order to maintain the integrity of the case, neither sheriff’s department would provide further comment.