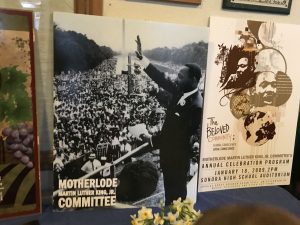 Sonora, CA — Schools are closed today, as are most city, county, state and federal government offices.

There is no mail delivery and banks are closed. The Sonora City Council meeting that would have been held today will instead take place tomorrow, at 5pm.

Martin Luther King Jr. Day was formally declared a federal holiday in 1983 when a bill was signed into law by President Ronald Reagan to recognize the life and accomplishments of the civil rights leader. It always falls on the third Monday of January.