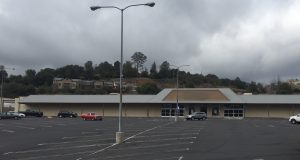 Sonora, CA – After sitting vacant for over a year, the former Orchard Supply Store in the Sonora Plaza Shopping Center on Mono Way will have a new tenant.

Sonora Community Development Director Rachelle Kellogg relays that the Wilco company of Oregon has submitted an application to the city for tenant improvements to the interior of the former Orchard Supply site.

Wilco spokesperson Jerad Lillegard tells Clarke Broadcasting, “We are excited to be opening a store and to become a part of the community.”

The plans include a retail store with farm/feed and hardware supplies, clothing and livestock gear. There will also be a pet self-wash and grooming service area along with an outdoor plant/garden center. Click here:  WILCO-Sonora store blueprints for HMR Architects (based in Sacramento) blueprint designs for the 58,000 square foot space.

Wilco is a farmer-owned cooperative that has history dating back to the 1930s. In a press release this past October, the company announced its first California store in Petaluma will open in May of this year.

At that time, Wilco CEO Sam Bugarsky stated, “We have been interested in expanding the brand into California for some time. We look for locations where community matters and that our research shows have an unmet need for our farm-tested products and services.” To that point, the company shared it would be expanding its footprint to 22 new locations on the West Coast, many occupying former OSH stores.

The interior photos below accompanied the release and will also be the design of the Sonora store, according to Lillegard. While the Petaluma store will employ a local staff of 40, Lillegard did not have any local staffing information. He did, however, confirm that the new store will open later this year.

As reported here in October of last year, the outside of the building will get a new facelift as well by the shopping center’s owner Baysinger Partners Architecture. The rendering is below.