Speeding And Over Celebrating A Trend During New Year’s Holiday 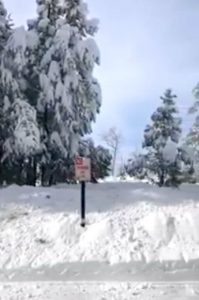 Sonora, CA – Drivers not only raced to their destinations this New Year’s holiday but also over celebrated with libations while hitting the highways in Tuolumne County, according to the CHP.

Compared to the recent Christmas Maximum Enforcement Period (MEP) both numbers shot up. Over the two-day New Year’s Holiday MEP, officers issued 14 tickets to lead foot drivers, nearly double the 8 written over Christmas. Regarding driving while under the influence of drugs or alcohol, the number was five times higher. A jump from 2 arrests during the earlier holiday MEP to 11 over the New Year’s one.

As earlier reported here, the CHP taking the many complaints seriously that dispatch receives from motorists regarding illegal parking along Highway 108 at Little Sweden by those stopping to sled, patrols targeted the area and handed out 10 citations. Parking is only allowed with a permit at area SNO-PARKS as detailed here.

While the CHP San Andreas unit did not yet have a tally of its stats along Calaveras County highways, it also addressed the illegal parking on roadways in the high country. On social media, they posted a video that can be found here warning those planning to come up to the mountains for winter snow fun to do it safely and legal or pay the consequences.