Out Of Compliance Driver Arrested For Marijuana, ‘Magic Mushrooms’ 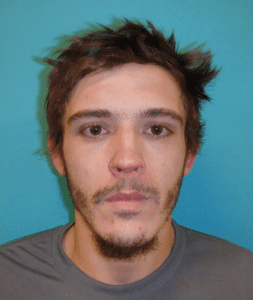 Sonora, CA – Pulled over for a vehicle code violation at nearly the end of the weekend, a local man must now answer to felony drug sales charges.

According to Sonora Police Chief Turu VanderWiel, it was just before 9:30 Sunday night when an officer stopped a 1995 Ford Explorer that was headed north in the 400 block of Highway 49.

Smelling a strong odor of marijuana coming from within, the officer began questioning the four occupants.

The driver, 22-year-old Thomas Turner, whose most recent address was listed as Mokelumne Hill, initially admitted to having marijuana and additionally told the officer he was also in possession of some psilocybin or “Magic Mushrooms.” A subsequent vehicle search turned up over 80 grams of the former and over 11 grams of the latter.

VanderWiel notes that while a person may possess up to one ounce or 28.5 grams of marijuana for recreational use in the State of California, possession of any amount of psilocybin is unlawful. Officers arrested Turner for transportation of a controlled substance and possession of a controlled substance with intent to distribute. During his booking into Tuolumne County Jail, he was assigned a $30,000 bond.