SAF Grant Awarded In Honor Of The Late Jim Johnson 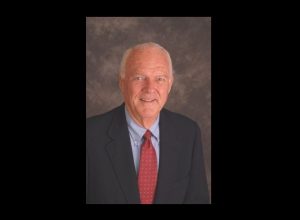 Twain Harte, CA — Inspired by the legacy left by former Sonora Area Foundation Board member Jim Johnson, the non-profit has stepped up to award a $28,000 matching grant toward a project he was helping to spearhead.

Sonora Area Foundation Executive Director Darrell Slocum says, “Jim Johnson was a valued member of our board for approximately 12 years, and served as President, so his passing hit our group very hard. The board asked that I look and see if there were any particular projects that Jim had been working on, and it turned out that he had been working specifically on a bocce project in conjunction with the Twain Harte Meadows Park.”

Twain Harte Meadows is a new park that will be constructed near Meadow Drive in the vicinity of Eproson Park. Click here to view an earlier story.

Johnson had been working with the Twain Harte Homeowners Association and the Twain Harte Community Services District about expanding and improving the community’s bocce courts, adding shade over the top, and creating a shaded gathering area. Those upgrades are slated to be completed by summer of 2020.

The foundation offered the $28,000 matching grant toward the bocce project, and members of the community, notably from Twain Harte, quickly stepped up to raise the needed revenue to fully fund the effort.

To read more information about the bocce project, click here.