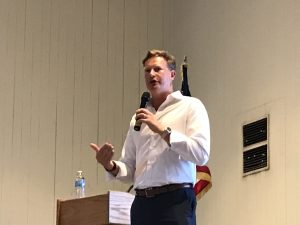 Sacramento, CA — The California Senate has passed a bill that is designed to provide wage and benefit requirements for workers of the so-called “gig economy.”

It came in response to the rise of subcontractor work for ridesharing companies like Lyft and Uber. The vote was 29-11 and it now moves to the Assembly for approval. The Mother Lode’s Republican Senator Andreas Borgeas was one of the no votes, arguing, “Economic and technological advances have spurred the creation of the gig economy giving economic opportunities to folks outside of the traditional workplace. AB 5 will not only limit an individual’s ability for flexible employment, but will destroy entire industries across California. Independent contractors and small businesses are the backbone of a thriving California economy.”

Governor Gavin Newson has voiced support for the bill.