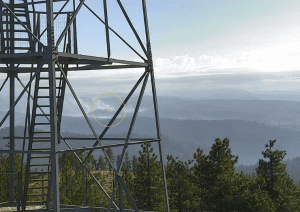 As reported earlier, the plan is to burn a combined 700 acres over the coming days in an area west of Cherry Lake, 12 miles southeast of Twain Harte.

Jim Junette, Groveland District Ranger, reports that there was rain reported in the fire area yesterday, which created some challenges for burning. 78 acres were completed. Today’s weather is looking more favorable for putting fire on the ground. However, later this weekend the temperatures are expected to drop, and the humidity will rise, which could again slow burning activities.

The forest service has been burning between 70-100 acres each day since the efforts began late Wednesday. The initial plan was to burn between 100-125 acres daily. Down canyon drift smoke has been visible at times during the early morning hours in communities like Groveland and Tuolumne. Burning is scheduled to continue through the middle of next week.