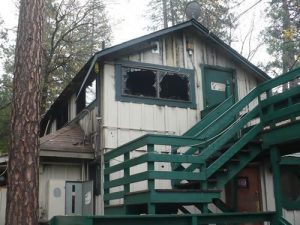 Twain Harte, CA — An investigation continues into what caused the early Thursday morning fire at the Rock Restaurant in Twain Harte.

“We do know that the fire started on the outside of the building but it is still under investigation,” says Dennis Townsend of CAL Fire. “We have more leads to pursue and a few more people to interview before we can say definitively that we know or don’t know what caused the fire.”

The fire was facilitated by some pine needle and leaves outside the structure. It did around $480,000 in damage.