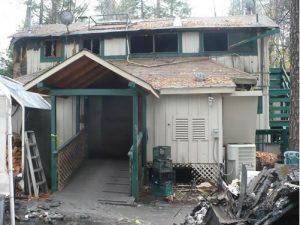 CAL Fire Fire Prevention Bureau Chief Dennis Townsend states the fire started outside the building severely damaging the kitchen and dining area. Damage to the structure and contents has been estimated at $480,000.

Cause of the fire could be considered “suspicious in nature” as the point of origin was outside the building. Townsend adds the cause could be determined by Friday.

The Incident Commander stated the fire was contained at 2:15am and a number of the resources were released at 4:14am.