Chavez Takes Over The Reins At Sierra Conservation Center 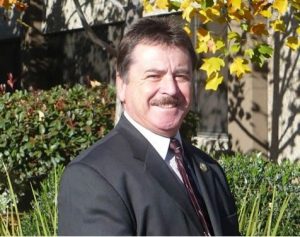 Jamestown, CA — Frank Chavez, a 35 year employee of the California Department of Corrections and Rehabilitation, has officially taken over the reins as Warden at Sierra Conservation Center.

Chavez is no stranger to S.C.C. The 35 year C.D.C.R. veteran has been at the Jamestown facility since March of 1997 being named as Associate Warden. Last year he was asked to serve as Acting Chief Deputy Warden and when Ivan Clay retired Chavez moved into the empty chair in the Warden’s Office.

Chavez says S.C.C. is unique among California’s 33 penal institutions because of the stability of the staff. While there has been a great deal of turnover elsewhere around the state that has not been the case in Jamestown.

Recently the state legislature called for a $1.2 billion reduction in the annual budget for the C.D.C.R. Chavez comments, “The biggest thing we’re looking at is the possible layoffs that we may be experiencing coupled with the furloughs. The employees are required to take three days of furlough every month and that’s a big impact on the funds they need to support their families.”

Chavez adds that S.C.C. is known throughout the state for its outstanding fire camp program which houses 2,000 plus inmates. He notes that the recidivism rate for non-fire camp inmates is 70 percent while it’s only 30 percent for those who work the lines with CAL Fire and local fire agency personnel.

Chavez says racial lines are forgotten once the men are fighting fires because teamwork is the key. When fire camp inmates are not fighting fires they may be working for local governmental agencies or even school districts.