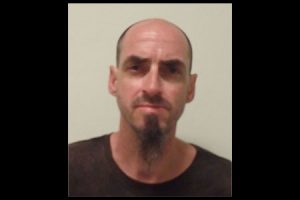 Sonora, CA – Spying a man peering into parked vehicles this weekend at the Crossroads Shopping Center along Sanguinetti Road in Sonora caused a concerned shopper to call 911.

When a Sonora Police Officer arrived at the scene just after 8:00 p.m. on Saturday, he spotted a man fitting the caller’s description standing by some vehicles parked between Walmart and PetSmart.

When the officer tried to confront the man, later identified as 36-year-old Matthew A. Souza of Sonora, the suspect walked away and ignored commands to stop. That did not deter the officer who managed to block Souza’s escape route and handcuff him.

SPD spokesperson Krishna Livingston relays that while there was no evidence to arrest Souza for the original call, the officer found an open bottle of alcohol on him and was on parole. She explains, “Based on his actions on that night, combined with two separate drug-related arrests earlier that week; a decision was made to arrest Souza for felony violation of parole. Additionally, he was booked for possession of an opened container and obstructing an officer.”

The two earlier drug arrests happened last week on Wednesday, August 21st for being under the influence and having drug paraphernalia, and the other on Friday, August 23rd for possession of a control substance and being under its influence. However, Livingston did not know the specific drug involved in those arrests.