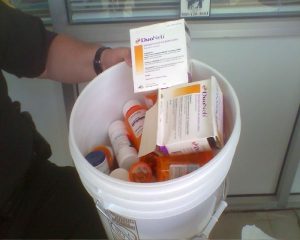 Sacramento, CA – Strides continue towards lowering the cost of prescription drugs to Californians.

On Monday, the Department of Health Care Services (DHCS) announced it will shortly begin accepting proposals to implement a major part of the state’s prescription drug purchasing plan.

Under the proposal, DHCS will be transitioning Medi-Cal pharmacy services from contracted managed care plans to its directly negotiated fee-for-service system. This will allow it to buy drugs on behalf of 13 million enrollees, as opposed to the current two million.

The move is intended to bring the state closer to a consolidated state negotiation and purchasing system for Medi-Cal pharmacy and a uniform Medi-Cal pharmacy provider network and pharmacy utilization policy while allowing Medi-Cal Managed Care Plans to retain all care coordination, pharmacy adherence, and disease management responsibilities.

Earlier this year, Newsom announced that Los Angeles, Santa Clara, Alameda, and San Francisco counties, who are among the largest public purchasers of prescription drugs in California, are partnering with the state, combining their market power to take on drug companies, specifically to decrease prescription drug costs, and pass savings onto consumers.