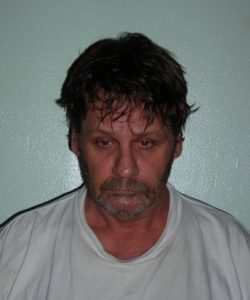 Sonora, CA — A Sonora man was arrested during a traffic stop yesterday on South Washington Street.

A Sonora Police Department officer approached 56 year old Joseph Gavi who was sitting in a car that was parked in a red zone. The officer questioned Gavi about a bag that was sitting on the front passenger seat. Gavi then removed a large handful of pills from the bag and attempted to swallow them. The Police Department says a physical confrontation started when the officer tried to stop Gavi. Eventually Gavi was restrained and arrested.

Gavi had methadone and morphine pills in his possession, without a prescription. He faces multiple drug charges.