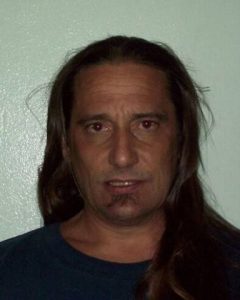 The Police Department reports that 42-year-old Joseph Wohltman was harassing customers Saturday night at Zane’s Iron Horse Lounge. Wohltman, who was with some friends, purposely blocked two male customers from walking by him. At the time, Wohltman was reportedly holding a knife behind his back. Wohltman swung at one of the customers with his free hand, and the victim reacted by swinging his fist back. Wohltman fell to the ground and dropped the knife.

Sonora PD officers soon arrived on scene and took Wohltman into custody. He is charged with attempted assault with a deadly weapon.