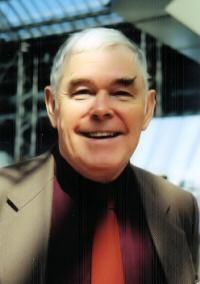 Sonora, CA — An acclaimed science fiction writer who once called Sonora home has passed away.

Author James P. Hogan died Monday at his house in Ireland. Hogan lived in Sonora through the early to late 1980’s and had written over 25 science fiction novels. Hogan had a dedicated following and received three Seiun Awards given to the best science fiction novels published each year in Japan and two Prometheus Awards honoring top libertarian fiction novels, as voted on by the Libertarian Futurist Society. He had also authored novellas, short fiction and has been published in comic book form.

On Hogan’s website he writes of his time in Sonora, “Life in the mountain foothill country was free, easy, and invigoratingly “different.” Surrounded by hills, Sonora had never expanded to automobile scale, and was still one of those towns with a Main Street lined by shops and bars close together, where people walked places, built around a T-junction which in those days boasted the only set of traffic lights in Tuolumne County. It seemed to be a town of individualists, where people gravitated who had woken up one morning deciding to quit their crummy job and do what they wanted to do.”

Hogan was born in England in 1941 and spent his final days living in Ireland. His cause of death is unknown.