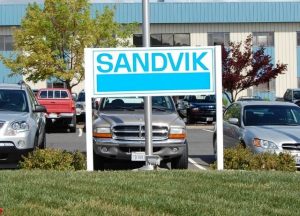 “Both Sandvik and MRL have strong brand names,” says Pontus Nilsson, MRL President. “By changing our company name to Sandvik Thermal Process, Inc. and using the MRL brand for our products, our customers can recognize that we are part of a strong global company.”

Company officials say the name change hasn’t been fully implemented, but the process has begun. Full implementation is expected by October of this year.

Founded in 1979, MRL Industries is wholly owned by Sandvik, Inc. and is a manufacturer of thermal processing systems and heating elements for the semiconductor, photovoltaic and industrial heating marketplaces.

The business is located at 19500 Nugget Blvd. in Sonora.