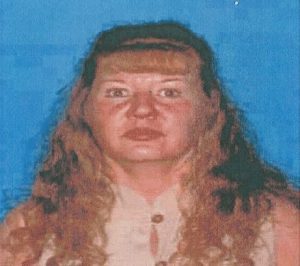 Angels Camp, CA — A woman reported missing has been found in southern California.

44 year old Marita Anttila, often disabled by a number of medical conditions including seizures that have followed brain surgery after an automobile accident 10 years ago, departed the Mother Lode January 18. Her family thought she was at a church seminar.

Quite the contrary she and Angels Camp resident George Fry, currently running for the 25th District Assembly seat, were in San Diego reportedly attending the California Mental Health Planning Council January 19-21. When Fry checked out on the 22nd he lost contact with Anttila and headed home without contacting a law enforcement agency or her family.

This morning the Angels Camp Police Department contacted her banking institution and learned that her ATM card had been used several times in downtown San Diego. The police immediately contacted the San Diego Police Department. A homicide detective who also works in the Missing Persons Division zeroed in on the area where the ATM card had been used and found Ms. Anttila at 9:30 this morning.

She was unharmed. Her family was immediately notified and is headed to San Diego.

As far as Fry leaving Anttila behind and not notifying anyone, Angels Camp Police Chief Dale Mendenhall commented, “Dealing with a person who is not mentally stable and has some issues, that is obvious. That’s why he took her down there in the first place. It’s not like he didn’t know. Then turn around and walk away, that’s one thing. If he (Fry) had said he had to go, and he didn’t know where she was that would have been fine. The family could have called and dealt with it. There might have been some issues like what was he doing with her down there (they are both married) but just to say he was in a hurry and he’s not going to stick around any longer or call anybody, there is just no excuse for that.”